From May 21-22, I have been attending Narrative Minds & Virtual Worlds, organized by the University of Tampere; a rich, interdisciplinary conference with a focus on narratives across media platforms. This approach had its affordances and brought together a wild bunch of scholars who travelled from places as far as Alaska to Finland. I provided a talk on my Firefly roleplaying research – part of which can be read in my DiGRA 2011 paper – and moderated a transmedia panel on fandom, television narratives and gothic fiction. I had an exciting time and would love to share some prospects! 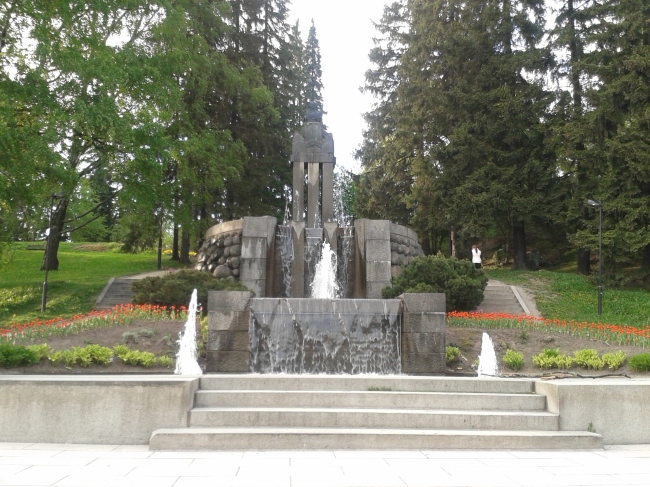 The boundaries between fiction and reality were explored in many of the talks, some of which applied narrative theory to study social phenomena or media. Characteristic of this interest in natural narratives – though Fludernik’s inspiring natural narratology was hardly mentioned at the conference – were Kirsi Hasanen who explored care stories, Anna Leimumäki on patient narratives and the keynote by of Jarmila Mildorf who specializes in domestic violence but shared her approach to the study of interviews and conversations. I felt that here, we were often engaging from ontological discussions that assumed divisions between reality and ficition, to a more synthesizing approach in the likes of Ryan and Fludernik.

Our dialogues also touched upon the impression management of online text, the implications of video games for reality and more relevant points that are central to identity making. I was specifically touched by Katrina Fong’s talk, the first that I attended, who provided a psychological study of game players and how they engaged with their characters. She helpfully distinguished several levels by a cognitive character identification scale, as suggested by Schneider (2004). While her research seemed quite quantitative, I could definitely find myself in her talk that different modes of video engagements (e.g., watching, intense and skilled play, casual play) may suggest varying identification patterns, though her sample focussed on experienced players.

Detailled conversations were also held about stylistic devices and new media. How do they disrupt reality and function as aesthetic projects? Can sytlistic devices of literature simply be mapped on new media projects? Most speakers in favour of theoretical and conceptual revisions but with mild adjustements. A good example of this, perhaps, was Livia Lutas talk on paradoxical narration that suggested a proper reading of Genette and his different levels of metalepsis (e.g., horizontal/vertical) and sylepsis. Maria Mäkelä also offered an interesting critique of different forms of levelling and how they might operate in Survivor, which hails audiences in complex ways and also relies on “mind reading” as a strategy to rid one self of opponents. Here, the envisioned/emphatical/possible structure how players socially play. While trust and informality may shape their choices, the players ultimately think about how others would or might act which informs their voting strategies.

Perhaps another good example was Jaako Stenros’ and Mika Loponen’s talk on realia and irrealia; cultural symbols and tropes in actual life and in fiction that imply cultural values. Their overall claim was that certain cultural-specific elements don’t get lost in fiction but are reproduced in it. Moreover, this imagery is highly sensitive of the culture that they are created in. They introduced realia in real life, such as the sensitive racial imagery of Uncle Benns, but also in fiction. Ghoblins, for instance, are heavily inspired by the stereotypes of Jews and this is still something that has an after-life, even if the race has been explored in much fantasy fiction. In some cases, these things may blend and the example of V for Vendetta was a helpful starting point for this. Tuomas Harviainen had a great talk as well about how we could envision playfulness in online BDSM spaces and how it operates differently in particular media spaces (e.g., SNS site to meet other kinksters; in game; in chat). This was also a nice intervention, pointing towards a medium-specificity in all cases.

Marie-Laure Ryan, finally, gave a key note that helpfully distinguished between stories and worlds and the sliding scale between them. She convinced me of the aesthetics of Cloud Atlas. Its different stories, she suggested, take place in one uniform way but are not connected by a framing device as many set ups. Instead, it offers a kind of chronology connected by thematic / figurative elements such as the Cloud Atlas score or the idea of reincarnation.

I specifically attended the conference for its focus on story worlds which is something that I have been struggling with myself. I went to test my framework (a combo of transmedial worlds and possible world theory) which was met with enthusiasm by audience. I was quite happy. I was also quite happy to see that others faced similar challenges, such as Veerle van Steenhuyse who solved the fictional context (in her case that of Jane Austen fan fiction) with an idea of narrative frames. This also resonated with me quite clearly. Her overarching frame was transfiction/intertext (mine is trans/intermediality) but these concepts tend to be big to wield as a sole narratological tool. We need to chop it down and both found solutions for that and a common ground in exploring what approaches could be used to study fan text.

Another person who also worked on worlds was Alexander Unger who investigates Dune mods and how they also mediated the story through rhetoric of play and code. His approach was a rudimentary reading but after my talk, he was also convinced that possibly the transmedial world idea could be a way to go. Emily Klotz offered a detailled reading of Myst as a complicated space of surveillance/gazing structures and touristic exploration/liberty. I feel that we were hitting upon similar points in our studies that proved that there’s still much to gain in an efficient exploration/study of narratives across media platforms.

These and other dialogues were had and if they at all resonate with you, look up the names of the speakers in more detail and do check out the conference website. I had a great time in Finland, if only because the many Moomins reminded me of Japan and its extensive merchandising and cuteness. As I write this blog, which I hope to upload soon, I have just bought some Moomin magnets and liquorice that totally made my day. Since I only brought my backpack and was handed two books by Tuomas, I can’t carry much more Moomins home, sadly. Hopefully a small project or publication could come out of this conference to make this intervention visible. 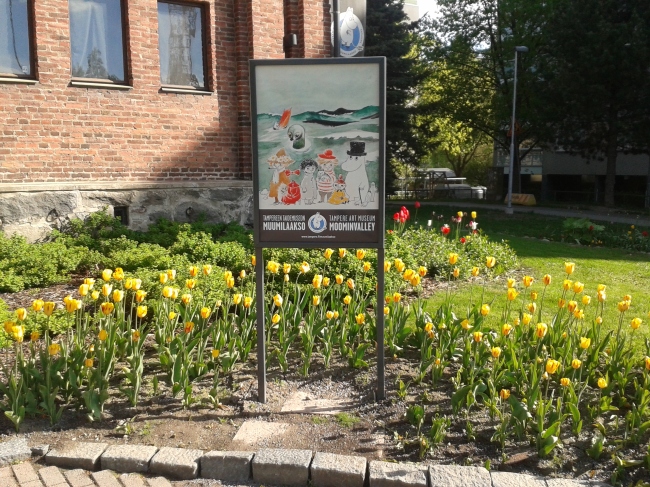