New interfaces excite me. I am a sucker for data telling, games which facilitate unusual interactions (e.g. Journey) and e-poetry which can bring a new dimension to spoken word traditions. Here’s some recent, immersive favorites of mine.

Jonathan Harris has been at the forefront of netart and has shaped digital art and data telling as we know it. I went to an impressive expo of his oeuvre at IDFA, Amsterdam, where I discovered this little gem.  As stated on his official site: ‘Like the Internet itself, the project is effectively endless, containing 10,000 video clips, 10,000 spoken sentences, news, tweets, charts, graphs, lists, and millions of individual data points, all presented in a classically-designed data visualization environment.’  As a spectator, you can click and sort trough many private videos and messages, giving you a carefully curated peek into the lives and emotions of others. The work confronts you with the vast amount of data that we collect today. Recently, Harris went offline for his new project – to start an artist colony in his family home.

This game series is written so delicately, it can only be described as pure poetry. Not unlike The Stanley Parable, the experience for the player is one fourth wall breaks, awkwardness, and games-within-games. Games have matured so much that by now, designers have truly created metafiction, which plays with language, visuals and its interface to address its audience directly. Several characters go on an atypical, surreal road trip during which players have to reflect on the game world, storytelling and the choices that they make. The final episode of this series will be released in 2018.

VR experiences are maturing slowly but steadily. The highly praised 6×9 by The Guardian proved that VR can truly immerse us in difficult circumstances to allow us to empathize with those in specific regimes. Players can truly experience how haunting solitary confinement is. The Sundance Award of this year went to Dear Angelica, a story exploring the relationship between a mother and daughter. Experiencing this intimate and highly aesthetic exploration of VR is a must. You will marvel at the colors, beautiful brush strokes, character designs and atmosphere.

Harry Potter and the Forbidden Journey (2016)

I got a ticket for Universal Studio Pictures Japan just to be on this ride and to go through the waiting line in Hogwarts Castle. In this truly immersive (motion-based) dark ride, which you can also visit in the US, everything comes together – a coaster, animatronics, huge screens and more. 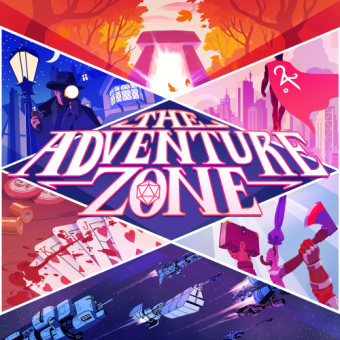 A podcast about three brothers and their dad playing DnD. The audience can participate by sending messages, characters, items and more, which is really lovely . It is very meta, with great storytelling and fun references. The boys really work with the comments and critiques that they get from their fan base. I truly recommend listening to this. In fact, I have been psyched about the past weeks, and binged most episodes already. This is the most interactive podcast I have heard by far until now, and until you prove me otherwise!