Fan scholars all over the world united this weekend for the Fan Studies Network Conference (#FSN2015), held from 27-28th June 2015 at University of East Anglia. What is the state of the art of fan studies at the moment? And more important, what’s missing? I’ll focus on 10 important statements that were made this weekend.

Fan studies meetings always excite me. Young scholars from different countries meet up to have clever discussions and to geek out. Many of them are women and early career researchers, who hold precarious places at the departments that they work in or study at. The past years, we have been seeing more of these conferences in Europe, either organized by the Fan Studies Network, by ASCA in Amsterdam or by project groups, like MASH in Maastricht. An upcoming event, for instance, is the European Fan Cultures Conference in Rotterdam this November. FSN2015 was exciting, and here’s why.

1. Fandom is a space and an experience

Space was a big theme this conference. Lincoln Geraghty showed us his favorite personal moments of media/fan tourism, ranging from a trip to Flanders to honor Dog of Flanders to his geeky visit to the AHS’s coven house. Many scholars agreed that in addition to digital practices, we need to look more at analogue practices of performing fandom. (An argument that I have made often myself, when studying conventions or cosplay.) Abbey Waysdorf talked about space in relation to Harry Potter fandom and Rebecca Williams gave insights into a Disney World controversy, where an educational ride was appropriated to include Frozen characters. (Frozen was literally placed in the Norway section of Maelstrom, eventhough Frozen’s story world is only loosely based on Scandinavia). Place matters, but as always, place is not neutral but constructed by those in power. (Hello, Disney.)

2. Breaking up in fandom is emotionally and technologically complex

This is literally the take home message from Bridget Kies. She spoke about leaving Supernatural fandom, which proved daunting for her. It was a painful and emotional process for her. “Supernatural was extended again, again, and again. Divorcing from it took longer than divorcing from my wife did.” Endings were a real theme this conference. I mean, we even did a panel just on endings and transitions. And it’s important, because it doesn’t just tell us a lot about community and closure, but also about qualities of texts themselves. Fan activity can really be sparked by (the absence of) an ending. That’s when you really see if a show was worth your investment. I spoke about self-reflexive endings of cartoons, and how they included fans explicitly. Phineas and Ferb, for instance, literally adopted the fan designs of a fan artist in their last (well, nearly last) special.

3. Fandom is not beautiful, but ugly

The recent controversies in game and fan culture (Gamergate; Puppygate, you name them) have shown us one thing – fandom is not beautiful, but can turn quite ugly. Misogyny is no stranger to our communities, and we need to deal with it. Early studies gave a positive and creative view of fandom, partly to validate the topic of study and to correct negative stereotypes. Today, we need to have a more balanced discussion.

In her keynote, Suzanne Scott argued that scholars need to be self-reflexive and do “privilege checks”. She noted that: ‘We must check our own privilege as post-convergence fan scholars, and the ways in which we shape fandom, fan studies, and academia.’ This also means that our methods perhaps need to start less with our own interests as academics, and need to be more informed by key discussions and minorities. As Tischa Turk urged in her talk, we should ourselves: ‘Who am I not writing about? Who am I not including? Who is overlooked?’ We have to be self-aware, and keep the big picture in mind.

5. Fandom is not the same for everyone

Fandom is not Western fandom. We need to push past these boundaries and associations. Eva Li, for instance, showed us how important it was to keep cultural norms and backgrounds in mind while studying fans. She focused on Chinese fan activity around LGBT celebrity Denise Ho. She also explained to us that her queerness was of a different nature than how we, Western people, might perceive it. Indeed, in China, being a lesbian must be “performed” correctly, and in a feminine way. Still, oftentimes, the idea is that fan practices are the same everywhere. Which they are not. (I studied cosplay in different countries, for instance, and found that the practice meant different things all over the world.) Local fandoms matter. 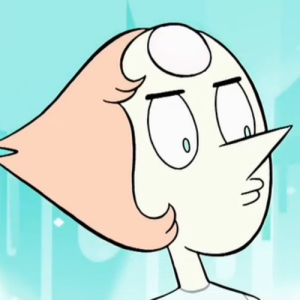 The bias towards slash in fan studies, and fandom itself, is obvious. This neglects a lot of fan creations. Eva Wijman pleaded for studying more Mary Sue fiction, since that’s what a lot of YA fandoms are primarily composed of. Indeed, she showed us that characters like Katnyss and Bella Swan can be interpreted as Sues. Another talk focussed on OT3s in Sherlock fandom (Mary/John/Sherlock). While she only scratched the surface of polygamous relationships (and indeed, barely touched upon the asexual themes that are central to much Sherlock fan fiction) I was inspired by this talk tremendously. What we also tend to forget is that lots of people all over the world are also informed by religious view points. But for a lot of fans, religion feeds into fandom. One of Rukmini Pande’s informants, she told us, writes Harry Potter fan fiction about a Muslim girl much like herself. How would she perform her religion at Hogwarts? That’s something that concerns her, and she makes space for that in her own fan fiction. Though Harry Potter is Eurocentric, fan works can open it up to a wide variety of meanings because the story world has so much potential.

Fan studies should cut across platforms, and mix methods. If you’re only looking at one platform, try to be weary. Inge Lise-Bore had a look at Parks and Rec fandom during the finale, in particular at Tumblr, and found very few controversies and discussions. Tumblr, however, is a highly visual medium, so this won’t surprise many of us. Was the Parks and Rec community still very active? Will slash fans for instance talk about it there, or do they have seperate communities and tags? Does looking at the most popular comments suffice? Keep questioning your methodology, and how, and where, you find data. Also be aware of the ethics involved, because we had a whole panel about that. Best to play it safe. If there is a sense of privacy involved, ask your informants if you can quote them.

Fan studies started as an off-shoot of media studies. Though there have been some studies of sport fans, we don’t often think about them. Let’s talk about more than television fans, okay? In a panel that I moderated, Lucy Dearn spoke about how art institutions wanted to appeal to fans of classical music too. She’d done a survey of fans, and found that they all had positive associations with the word fan, and would readily define themselves as such. Valerie Fazel presented on Shakespeare fan fiction, arguing that it not only mediated the author’s voice and style, but also drew from a long legacy of Shakespeare spectatorship. Traditionally, Shakespeare plays were always about participation, including viewers self-reflexively. Fan fiction continues this legacy today! Adaptation theorists and Shakespeare scholars often forget about fan fiction, but Valerie argues that fiction should not be overlooked! 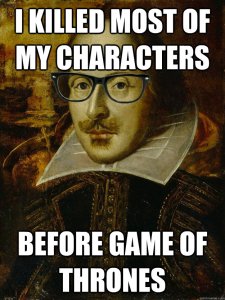 I’m just scratching the surface here. The conference was lovely and we talked a lot at the hashtag #fsn2015 at Twitter. You can read many quotes and arguments there!