Fans are getting more and more professional in many ways. They start their own companies, get revenue via their fan art/designs, start their own booming fan conventions or become super influencers. To speak of a gift economy no longer suffices. But what does today’s professional fan look like?

Last week I attended Fan Studies Network 2018’s conference. In my talk, I coined the need to study business models and platforms in relation to fandom more, rather than focussing on the concept of labor, which by itself says very little of practices of work are structured in the micro-economies of fandom. Let me stress how important this is – fandom may have started as a local gift economy, where you’d buy zines over mail, but those days are long gone. Fandom is increasingly a mass culture and this trend will persist. As I often say, our economy is gradually a fan-centric one. Fans and users are at the centre of many business models, whether we consider, Uber, AirBnB or Etsy. If the platform economy persists, then the middle-man disappears and the audience/prosumer is here to stay. I have one slide on this, but it became a whole story:

We are in a shift and that shift is one towards the audience. Fans are being embraced. Big time. When I was at SXSW this year, so many panels discussed how to tab into the hive mind, the community, the audience, and how to make them tick. Also, many of the companies that I met there, were startups and small initiatives. And what do you know? Fans and enthusiasts had founded some of these even.

Guys we are even at a stage that business is embracing fandom so much, that many books are appearing about how to create a fanbase. I’m not sure what I think about this, since I think part of this practice ideally happens bottom-up from the subcultures themselves, but it is the reality that we live in. More and more, fans are valuable customers and ambassadors of brands, celebrities. The student-as-a-fan is also increasingly a thing. We want them to love the programs that they enroll in. 🙂 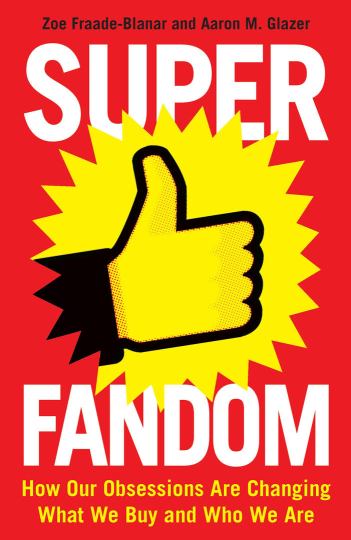 Opportunities are key for today’s enterpreneurs. Don’t forget that enterpreneurship is increasingly an attitude and mind set, rather than a professional. Each of us increasingly has to become enterpreneurial him or herself – seek opportunities, look forward, create value, initiate ideas and be adventurous. We live in precarious times. The solopreneur (the product of personal branding) is on the rise. So are the mompreneurs.

An enterpreneur that creates economic or social value through fandom by engaging in professional fan activities or related practices such as criticism, community-building or the circulation of fan objects

Since this year, I have not only embraced our economy more and more, but also…. typologies. So here’s a typology of what I envision fantrepeneurship and the different phenomena that fall under it!

I made distinctions between the professional fans that make a living out of their fan practices to influencers (who often started with UGC out of sheer passion but went further) to crafters. Obviously that category is the widest one, but remember that here the fan practice itself creates revenue. That’s different with trade, where objects are circulated from person to person for (monetary) value.

The fan trader is also on the rise again due to new technologies, from massive online games that allow for gold-mining to new trading practices around cryptocurrency and tokenization, which are slowly also having effects on fandom. What about trading items, such as weapons and costumes, across games to increase their value, and then tracking their history through blockchain technology? (See Dutch Cryptocast on gaming). I see a lot of future in that last one, to be honest.

Enjoy and hope this typology is of use to you!

2 thoughts on “A Typology of Fantrepreneurs and also, a Definition of this Phenomenon”