One of the things I love about academia is that you get invited places as an expert to talk to different people. I have pitched in museums, schools and companies about fandom. One question that is often asked is a difficult one though:

‘Nicolle, how do you create fans?’ 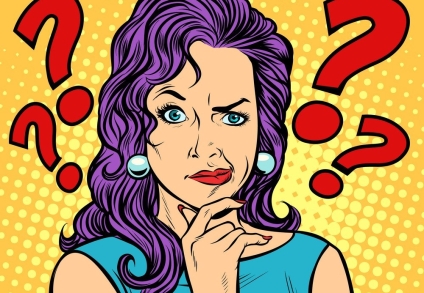 Wow, really? The simply answer is – I don’t think you can make someone a fan. But here are some tips that might trigger fan engagement and help you engage with fans. This is a pretty broad blog entry for everyone wondering how to engage your most active, loyal and loving consumers, viewers and users. This is just some advice from me to you, as a fan scholar.

So here we go.

1. Deliver a good product. Be fan-worthy

This is a no-brainer. You need a good narrative or product that entices fans. There is no way around this. To get fans the first thing you need to do is become fan-worthy. That being said, even the worst stories might get fans, but I would never hope for an unexpected cult success if I were you.

Make sure you have enough socials and that those channels are suitable for fan activity. Ideally, you create fan-driven channels. You can steer fans on to your channels (“brandom”) but fans love expressing themselves freely on their own platforms too.

3. Spread your story across different channels

Increasingly, we see complex stories in media culture that cater specifically for fans. The Marvel Cinematic Universe, the new Star Wars installments, the Kingdom Hearts game series are a few solidexamples of complex worlds with their own lore and lots of references for insiders. These stories are spread over multiple channels, which is a current trend.  Henry Jenkins already described this phenomenon in 2003 as transmedia storytelling. His best example is The Matrix, where the game, animation and the films add value to the larger story, and build on each other. Each story installment functions as a clue for the bigger picture, as a rabbit hole for fans.

This concept has been picked up a lot in marketing as well. There’s a reason for that. Good content marketing can work in similar ways.

People can get attracted to your product in subtle ways. It doesn’t take an ad to do this. Creating rabbit holes and bridges is essential, especially if you work in media or on campaigns. If each installment of your story or reference to your product functions independently, you strike gold. This is a different practice than what we see in the Marvel Cinematic Universe today, where Infinity Wars requires a lot of “transmedia wisdom” – knowledge of the ins and outs of the past films. Remember, this is an exception rather than the rule. Not everyone can afford to be Marvel and ask you to be up to date with so much lore.

As a business, you really don’t have to worry about fans too much. In fact, fans are pretty self-sustaining. The few times that companies tried to encourage and license fan fiction, for instance, it went completely awry (for example, Kindle Worlds). Fans have their own economies and circulate their own art and commodities. This can be related to the concept “fantrepeneur” which I blogged earlier. Many scholars have  described fandom as a gift culture but that is rapidly changing. By now fandom is a booming and data-driven mass culture of influencers, designers and professional cosplayers.

Fans have the potential to keep other fans attached to your brand, business or story because of the wealth of content that they create. Fans influence other fans.

7. Work with your fans

You can onboard your fans and let them become your influencers. A lot of interesting things in fandom happen at the intersection of fans and the actual creative industries. Between modders and game designers. Between cosplayers and actual marketers. Between actors and collectors. Working with your fans also means organizing special things for them, contests, events, you name it. You know this drill, but maybe there’s something exceptional you can do? Think about it.

8. Check out fans of other products

Learn. Observe. Go out there. Check out how fans function in businesses that are not your own. Observe best practices and immerse yourself in fandoms like Game of Thrones, Westworld but also brands that actively engage their consumers like Nike and Doritos. How do they deal with their fans? What do they organize for them? Can you apply some of this thinking to your business, school, museum, government? Can you learn from the fans as well as the haters? Oh, and there’s a whole field of fan and fandom studies at your disposal, we are here if you need us.

Embrace the love. Don’t belittle or stereotype your audiences or consumers. Fans are more invested than other audiences and consumers, but not different.

Always create a good story. Your vision is important. You need to craft it and it needs to be true. If you have a good story, you don’t just have a consumers – you may just create a a believer.