Geeky fashion is a passion of mine, but also a big industry trend. Creative designers and fans come together in clothing. It makes us tick. We can express ourselves and dress up with nods to our favorite characters and franchises, without it being a costume or feeling like we’re just dressing up.

Whenever a new clothing line is launched based on one of my favorite franchises (e.g. like Hunger Games), I am there. When “high” art like fashion, and “low” art like films and games come together, it excites me. In the book edited by Paul Booth, Companion for Fan Studies, I wrote about fan fashion and what it means for creative business. Fashion for geeks is more than cosplay or Hot Topic, it can be beautiful fashion shows initiated by fans, or it can be a creative designer, finding inspiration in pop-cult. The result is often astounding. Fashionistas and fans can playfully rep the franchises that they love.

So what’s hot and trending? I’d love to showcase some examples of “fan fashion” and why they intrigue me.

The designers started working on this collection during Rogue One, but it really came together when R&B chief executive and creative mastermind Marcus Wainwright did a short film with Mark Hamill to promote the brand.

The theme of heroism and the force is evoked in the fashion itself as well. The nods to jedi culture are subtle, and often have to do with tonality, for instance a use of white that represents the force, and jedi characters like Rey and Luke. I love the use of different fabrics in the photograph below. This is a fierce outfit that reminds me of what the resistance wears in Rogue One. It is not the clean, stern whiteness of the Storm Troopers and the empire. The pieces below are called “Echo” and there is a white “Hope” shirt that matches them.

The Obi Wan hoodie is the most character-oriented piece in the collection, which includes Storm Trooper (see below) and X-Wing-inspired outfits as well.

The collection was launched parallel to The Last Jedi in December 2017, as a “limited-edition lineup that nods to the franchise’s functional, futuristic style but steers clear, very clear, of anything resembling cosplay gear or fanboy merch.” GQ writes.

I love the minimalism. Aside from the Obi Wan hoodie, which has some minor cosplay vibes, the designs are graceful. They evoke the style of the resistance in Rogue One and have a clean and fresh look. The materials, especially, look good. This collection evokes what fan fashion is to me – not a figurative tee with some slogans or a character on them, but a high-level, creative fashion design that truly embodies the qualities of the fiction that we love. (This can be made by actual designers or fans, but it should be more than re-enactment, in a way. I consider cosplay one category of fan fashion, but I’m currently more interested in acts that are not cosplay but still come close to this type of identity/fashion work.)

This is an example from 2013. The Hunger Games lives and breathes fashion. It is an important tool to represent the districts in the film franchise, and creative fashion leaders have worked on the film.

This is a great franchise to represent. This bomberjack by Net-a-Porter is radical just like District 12, and fits Katniss Everdeen’s style very much. The colors are just right and the bomber jack makes a great impression.

I also love this futuristic leather capitol dress which has the right amount of glam to it. Maybe a different color than black would have been better to camp it up a bit, but it’s a great cocktail dress to wear on the right occasion. 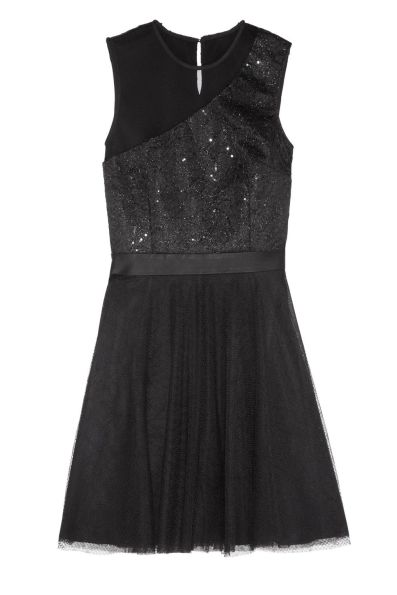 The other pieces seemed somewhat lazy to me, aesthetically. The theme of love and arrows popped up a lot, but it’s so evident and figurative that it didn’t appeal to me. It is clearly Hunger Games, yet it could have been more subtle in representing the story. In one logo, it manages to fit all the tropes that we may associate with Hunger Games. I like the shape and color, which feel like something that Katniss could wear, but it’s a bit on the nose.

2018 will be an interesting year. Sailormoon collections are already announced by Torrid (plus-size Sailorscout collection) and Boxlunch. The 1990s jackets of Boxlunch stand out to me, since they channel the right kind of nostalgia and girl culture, just like Sailormoon itself. It’s all stars, but also echoes Saved by The Bell, Jem and the Holograms, and other high school/girl culture products from that period. In the photograph, the golden boots are a nice touch, though I get the impression they are not for sale. Anyway, this collection seems truly amazing, going by the previews! (They excite me as much as the Japanese Sailormoon makeup line, of which I own a few products myself.)  I look forward to more creative sparks between fashion and popular stories/characters. It may not be for all, but it’s so exciting for me to see these cross-overs in the creative industry. I love and embrace it (and it also gets me super thrilled to sit behind the sewing machine again and get inspired!)

Remember: Fashion design today can be smart in its fabrics and tech, carefully designed, nostalgic and infused with stories and meaning. And we can embody that. Isn’t that neat? 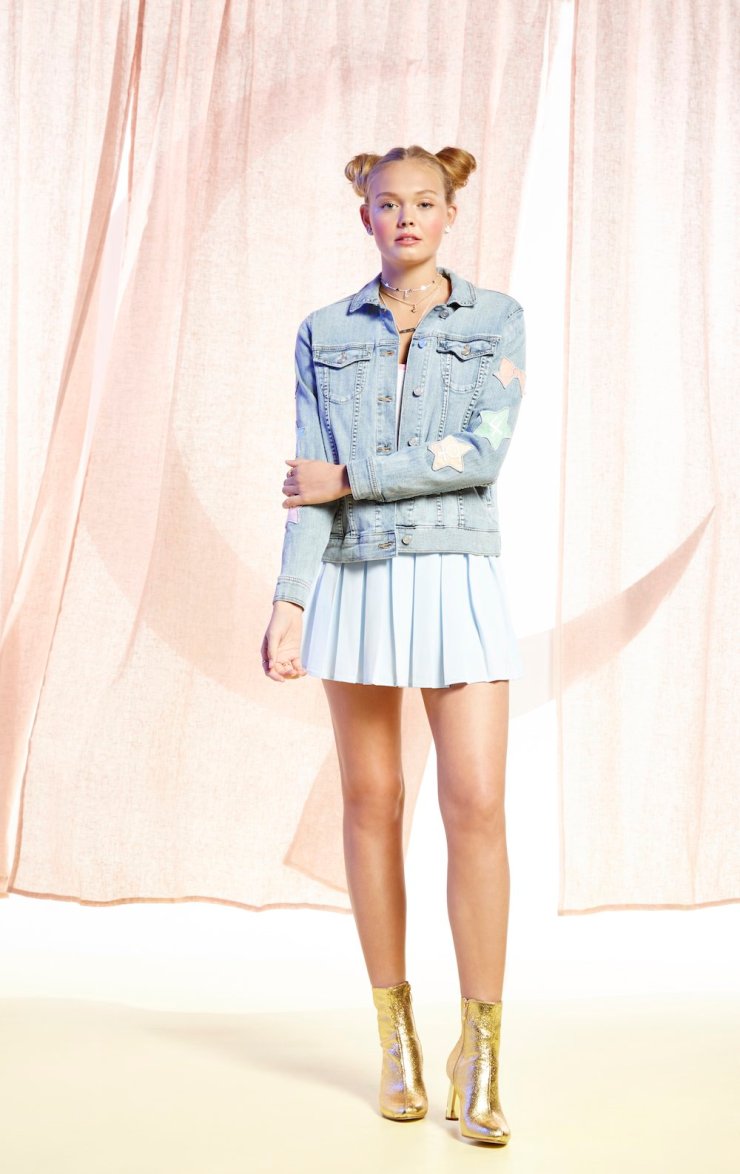