Lately I have been reading The Age of Surveillance Capitalism, a 700 page critique of modern businesses and how they extract, collect and exploit the data of their users. Data is a business model in modern times, and that is problematic. Though many users are aware that companies use their data, infringe upon their privacy and capitalize on their user-generated content, they do not migrate. Users are attached to their online friends, profiles and content. For instance, while many users left Facebook in 2018 after the privacy scandals, the platform is still widely used.

Grand narratives about data fuel our culture. They revolve around innovation, creativity, Silicon Valley and start-up culture. Data collection is basically taken for granted in our culture. Automation is seen as a positive force (AI is the new holy grail), because it cuts the humans out of the equation and drives efficiency. That generates money, which we love.

But we need to be weary. Platforms bypass guidelines and moderation (Custodians of the Internet). Data collection reinforces inequality (Weapons of Math Destruction and Algorithms of Oppression). Some even worry that the technocrats of Silicon Valley create a new brand of chauvinism (technochauvinism).

Surveillance capitalism is about all of these trends, and Zuboff unpacks clearly how companies cloak their intentions through “shadow texts”. Facebook focuses on the pleasures of UGC while selling your data. A nice game like Pokémon Go gathers data continuously. The idea of shadow texts intrigues me. Where else do we spot them?

Even though surveillance capitalism is covered up, users know that their data means profit. Zuboff claims that users know fully well what YouTube, Google, Facebook do. What such capitalism leads to is an attitude of dependency and cynicism from the consumer’s side, which Zuboff vividly captures:

Our dependency is at the heart of the commercial surveillance project, in which our felt needs for effective life vie against the inclination to resist its bold incursions. This conflict produces a psychic numbing that inures us to the realities of being tracked, parsed, mined, and modified. It disposes us to rationalize the situation in resigned cynicism, created excuses that operate like defense mechanisms (“I have nothing to hide”), or find other ways to stick our heads in the sand, choosing ignorance out of frustration and helplessness.

Pokémon Go is a shadow text, Zuboff argues, that covers up Google’s real intent (328). Do I agree completely? Perhaps not because I also see much virtue in the game. I wrote about positively about the game in this handbook, and argued that Pokémon Go brings belonging, bridges the online/offline, creates unique and diverse communities on the streets. It is a lucrative model for tourism and fandom. But Pokémon Go is also a business model. Our data is profited upon and used. It is also worth noting that Pokémon Go is not a neutral game, but biased and gentrified. If you live in a rural area, you’ll have much less fun than in a rich white neighborhood with many more Pokéstops. In other words, our (biased) data also structures the game in real life, creating a vicious circle. Zuboff writes:

“The genius of Pokémon Go was to transform the game you see into a higher-order game of surveillance capitalism, a game about a game. The players who took the city as their board, roaming its parks and pizzerias, unwittingly constituted a wholly different kind of human game board for this second and more consequential game.”

Pokémon Go is a probe, Zuboff argues, a game that seeks behavioral modification and presents us with the shape of our future. Everything is monitored and modified for the purpose of revenue. This is a dark and spicy reading of Pokémon Go. While I think it ignores a lot of valuable things that happen in the game, I like that it draws to the business model and the black box that is its user data.

The idea that capitalism always presents itself as a shadow text resonates with me. I have seen it when studying transmedia (this is a story, not marketing or advertisement!), when looking into gamification (this is a game, not  exercise!), when analyzing events like meet and greets (this is not work, we *love* meeting our fans!). While fans and audiences may love such narratives and sincerely believe in them, as scholars we also have to be aware of the business models that surround platforms, fandom and media.

An interesting shadow text is how Amazon has deployed gamification. To make warehouse work more efficient, rewarding and “fun”, they launched several games to optimize the flow and routine of workers. Washington Post writes:

Inside several of Amazon’s cavernous warehouses, hundreds of employees spend hours a day playing video games. Some compete by racing virtual dragons or sports cars around a track, while others collaborate to build castles piece by piece. But they aren’t whiling away the time by playing Fortnite and Minecraft. Rather, they’re racing to fill customer orders, their progress reflected in a video game format that is part of an experiment by the e-commerce giant to help reduce the tedium of its physically demanding jobs. If it helps improve the efficiency of work like plucking items from or stowing products on shelves for 10 hours a day or more, all the better.

The article also notes how Uber, Lyft and many other platform companies have used gamification to keep their workers more engaged. The shadow text of a game is used to mask routine, low-level work and impose longer hours.

One of my favorite mobile games is Love Nikki – Dress UP Queen, a charming dress-up game that seems kawaii, pretty and innocent. You can collect many different dresses and outfits while enjoying a witty plot line with many side-characters. This is a lovable girl game that is popular across the world. You would not think this is a dark shadow text at first sight.

But it is also connected to your Facebook profile. If you want to get the most out of the game, and not have a “guest account”, you need to bind it to Facebook. It reads your data, knows which friends also play the game, pushes you to make prompts and notifications. This is a typical freemium social media game.  In the game, you quickly run out of resources. You are allowed to buy extra, but with real life money. Playing with real money speeds the game up tremendously and gives you many extra perks.

Love Nikki is Facebook’s version of Google’s Pokémon Go. A free mobile game with a catch. Either you invest real money, or you invest and create data. You push the game on your Facebook wall. You donate extra credits to your Facebook friends. You invite new friends to join. Data pays the way to more outfits. 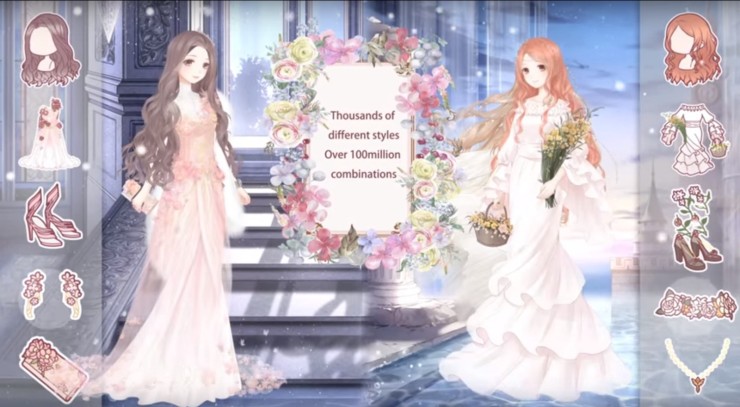 A shadow text masks the true intent of a company or professional. While Zuboff mentions the term only briefly, I would like to elaborate on her concept. In my studies I have seen that shadow texts come in many forms. Such a text can be an interface, which covers up data extraction. It can be a story or game, which appeals to us as consumers or fans, but hides that we are producers of capital.

The platform economy lives of our data but creates a black-box around this. It pretends it does not need our content and our profiles. It always makes its services seem free, available, entertaining and fun. But nothing is free in this world.

Today’s media platforms are not just about storytelling or play anymore. There is a data flow and a money flow that we need to keep an eye on. Our methodology needs to adjust accordingly. Look beyond the main text, scholars and critics, and inspect its underbelly – the shadow text.

Error: Twitter did not respond. Please wait a few minutes and refresh this page.